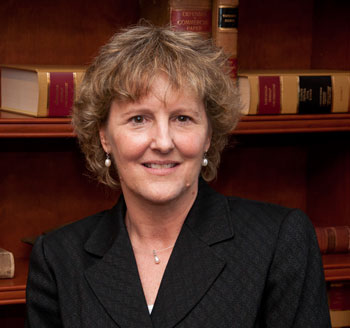 Sue has practiced law in North Carolina, and in the Wake Forest area, for nearly 30 years. A native of Madison, Wisconsin, she earned her B.A. and law degree at the University of Wisconsin. Following graduation, she worked as an associate in a local firm. Sue moved to North Carolina in 1987, joined a firm in Wake Forest, and later became a senior partner with Warren Perry & Anthony. In October 2007, she opened her own practice in Wake Forest, Anthony Law Office, P.A. Sue has been a certified mediator since 1996, and has maintained her membership in the Wisconsin State Bar Association. She lives in Wake Forest with her husband, Jerry, and has been an active member of the community for many years.